What Kind of Guitar Player Are You? Do you know there are many different kinds of guitar players?

While it’s possible to fit into more than one group, most guitarists don’t.  Each kind of guitar player has different career options, practice routine and goals.

By understanding the different kinds, has enabled to make a living for over a decade and has helped me to stay on the straight and narrow.

So, what kind of guitar player are you?

No, not Brad! Mr Pit is an exceptional sight reader. His usual workspace is a theatre pit (hence the name!).

However, he might get calls for TV to be part of a house band where everything is sight read. He’s lucky to play through the songs twice before they either hit record or go live.

Mr Pit is unbelievably good at reading complex music. He’s mastered the art of being able to read and remember a few bars while playing a few bars behind. If that wasn’t complex enough, he’s got one eye on conductor!

If anyone knows anything about performing under serious amounts of pressure, Mr Pit does and usually nails it the first time!

Another skill Mr Pit has is playing with a click track. In order to keep the budget in check, many theatre productions are using supporting tracks (which contain strings, horns, etc.) alongside a 4 piece rhythm section.

Mr Pit usually gets work through knowing musical directors who specialize in theatre productions or knowing the show’s director. 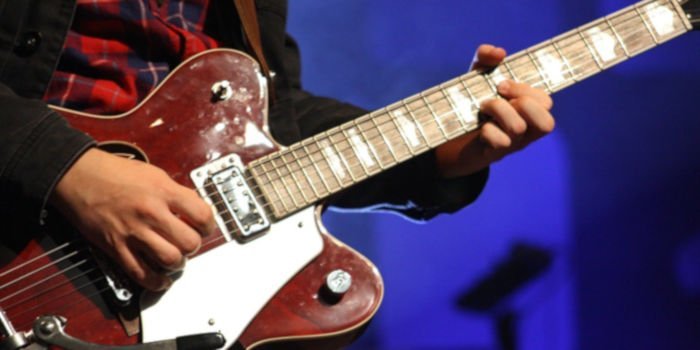 This guy is great at playing the same songs exactly the same night after night. He doesn’t long for the limelight and understands his role.

He’s great at staying in his lane, focusing on the gig and play with the excitement of the first night of the tour, every night.

He likes seeing the world, although often the demands of touring leave little time for any major sightseeing adventures.

He’s good at really learning the songs. Sometimes, he’ll rearrange multiple parts into a single guitar track. He also needs to be able to interpret the vision of the artist or creative director and bring it to life.

Mr on Tour usually starts by playing club gigs and then progresses on to playing for the support artist on tours.

When their artist get a big break, the original backing band usually follows them. By this time they are probably getting called for some pretty big gigs.

This guy gets the call for movies, TV intro/outro, TV underscore (music within the TV show), radio jingles, music for adverts, etc.

This guy can sight read music fast. He’s able to move between music styles without blinking. Plus with each style, he nails it authentically. Often times, this is the day job of Mr Pit.

The movie work is easier to break into as it’s usually contracted by session fixers or composers who know Mr Reader can deliver the goods.

He along with the rest of the band (which usually includes a 42 piece string section!) has to nail what written within a take or two. The pressure’s intense as each bar costs thousands in just musicians’ wages alone.

As for the other types of sessions (Adverts, jingles etc.), most of this work is done by the composers who might play enough guitar to get by.

It’s quite tricky to pick up this as you don’t usually jingle writers at the pub! Plus this work demands lighting speed as the budget is usually tiny. 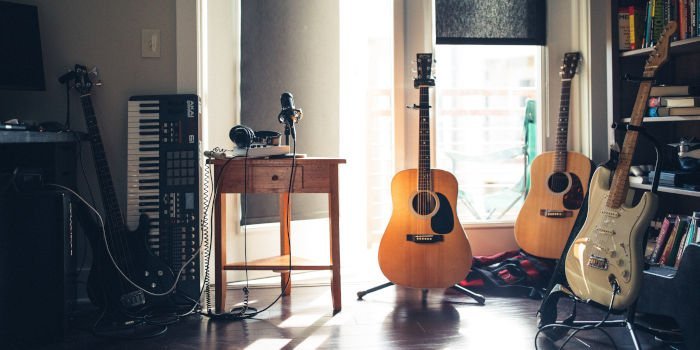 This guy gets called to play on singles and album tracks. He gets the call as he a strong personal style. He’ll also stay current with what on the radio, so can easily copy it.

In the last decade, the trend has been to record at home and email the finished guitar parts back. So this guy is also good at using Pro Tools.

The majority of these sessions is about playing a few simple parts with different guitar tones. Most of the time, you’re there to put the finishing touches to a song.

Usually, you’ll be emailed a guide track with a rough vocal, some keys, drums and bass and maybe an acoustic guitar part, which you might end up replacing.

A lot of these sessions will require you to quickly write out a chart and come up with multiple parts that enhance the song.

Unlike reading session where the composure bring a piece for you to read, your job is to interpret what the artist or producer wants.

Some producers will have a general idea, while others will want to hear what you think. Most of the time, they’ll want a mix of the two together.

A lot of this work comes by knowing songwriters, producers, managers and session fixers.

His sole pursuit is to learn for the sake of learning and passing it on. He might not care too much about taking gigs or touring the world. However, he is obsessed with helping others grow, learn and discover.

The best way to learn how to teach is to get out there and try! Start by reading my ebook on how to earn money teaching guitar. It will teach you how to find students, what to teach and how to turn it into a business.

There are lots of ways to get students including local Adverts, Facebook, Google Adwords and Free online classified websites. 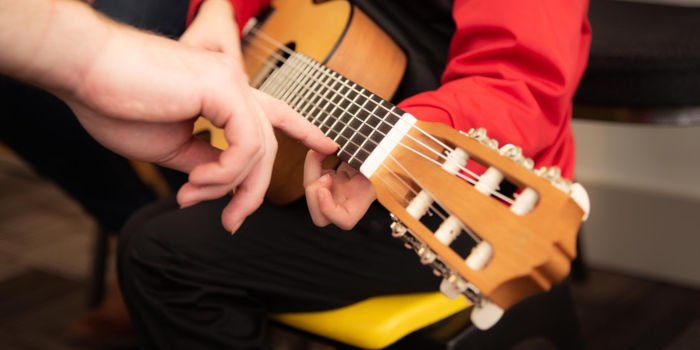 He’s an artist in his own right. He’s writing the songs, acting as the Musical Director and fronting the band.

He’s also the one giving interviews, signing merch and booking the next gig. And all the other stuff that goes along with being an artist.

You generally have to find your own voice on the guitar. Plus creating a lasting career as a solo artist is a lot harder than doing sessions.

This is similar to the one above, apart from your part of the band. And therefore all band members can work as a team on promoting the band, engaging with fans and writing the material.

The first step is to get some friends together in a garage or spare room. Try to learn some cover tunes together.

When your comfortable as a group then try to write your own material. Sure, it won’t be great but keep going.

After you’ve written a few songs, then book a gig and then just keep going from there. The more gigs you can do the better. Each gig is an opportunity to learn, grow and improve. I showed the original post to a student. He said, it all sounds good “but what about me? I do for the enjoyment! That’s my kind of guitar player!“

Mr Hobby plays the guitar for something other than money or girls! He does for enjoyment, especially after a hard day at the office.

Even though most guitarist would dismiss Mr Hobby, you shouldn’t. We should all have an activity that we gain pleasure from. Plus learning a new skill is always worth it.

I’d encourage Mr Hobby to consider playing at an open mic night now and again. This will boost your confidence and you’ll meet some really cool people!

Which kind of guitar player are you?

Some of you, won’t know straight away which kind of guitar player you are. It’s likely you’ll start off playing in pubs and clubs.

Over time, you will end up falling into certain bands, doing sessions or end up touring in someone’s backing band.

Your career will grow organically from there and you’ll end up covering multiple angles. A small number of you will set career goals, plan a route and do your best to achieve them.

Session work and me

I always wanted to do session work. When I was 18,  I moved over 100 miles away, to London in search of that kind of work.

The change was dramatic; I went from living in a small village with a few thousand to one of the world’s biggest cities.

However, it was easy, as it felt like the right next step on the career I was trying to build for myself. The proof, as they say, is in the pudding.

My result in the first 5 years include:

I didn’t try to waste time starting my own band or hanging out with people who messed around. Instead, I spent time work on building the right contacts. This enabled me to achieve what I set out to do. I’ve had to do some guitar teaching in order to keep food on the table as session work could be patchy. You’ll find this too if you decided to pursue a music career.

To make a good income, you’ll have to take every piece of work you’re offered and teach as well. Teaching will enable you to devote your time to building a music career.

Your kind of guitar player!


Session work is challenging. However, it’s the only type of work that will continually stretch you. Also, you’ll end up playing with a range of different people in multiple situations.

If that scares you, then consider becoming an artist or starting a band. You’ll get to play as a team which is likely to remain the same for years. When you do get successful you’ll all be there to celebrate together and bask in the glory!

Most people fail as they don’t set meaningful goals. Don’t be one of them. Start setting goals today. It doesn’t matter how easy they are to achieve, start now. As you build confidence, you can set bigger goals and smash them as well!

Whether you have or haven’t discovered the kind of guitar player you are, I’m here to help. So please leave me any questions you have about your music career below.