The Best Way To Learn Styles Of Music 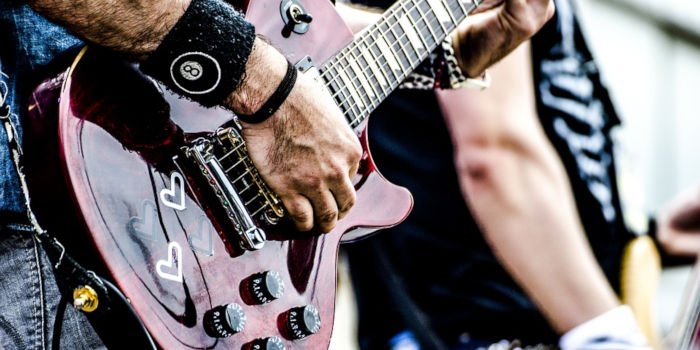 Ever dreaming of learning another music style? Whether you wish to add another musical style to what you already have or just go deeper in your current style. I’m going to show you the best way to learn styles of music.

First – “you’ve gotta know where you came from!”

You have to understand the musical style’s history. It’s important to know where the new style came from. As well as who the legends are and who’s currently hot.

This might sound really boring and unnecessary. However, to really understand anything in life you really need to dig deep.

The best way to learn a new musical style is to listen, listen and keep listening. You can learn more about music by actively listening to music than you can reading books or from a teacher. However, you should have a good local teacher.

Having done your research, you’ll be able to buy lots of CDs. As you start listening, pick out artists you like and buy more of their catalogue.

Become consumed in this musical style. Start to hear how it sounds as you walk around your home. Hum it in the shower. Before long you’ll wake up singing it. When you do, you’ll be getting close to feeling it!

Third – Get some guitar gear!

Look for general pieces of guitar gear rather than going super deep.

After searching for gear, then it’s time to get experimenting. Try to figure out some of the key guitar tones. A lot of times just by having a few of the key pieces can get you pretty close to the overall sound without too much effort.

Take some time to indulge yourself! You probably already have all the gear you need to copy key guitar tones!

Forth – Breaking it down

You can break most musical styles down into a few components. These include the typical chords, common chord patterns, and scales. Some music styles have a unique harmony, which makes the style different.

While this all might sound complex. It’s not really. Let’s walk through the best way to learn an style of music.

Start by asking if a song stick into one key or does it modulate through a few?

For example, a lot of country music is in A, G, D and E. The Blues also uses these keys. Pop music is also generally in one key.

However, neo-soul generally hangs around one or two keys (that are closely related). Jazz tends to modulate through many keys all in the space of a few bars.

The best way to figure out Key is to learn the basics of music theory and harmony. When you have the basics together, try to write out chord charts for all the tracks you have.

This will help you learn the new musical style more and improve your hearing – which is a great skill to have!

Once you’ve got an answer to this – you’ll be halfway to sounding convincing (“faking it”!).

It could be worth writing out a chord chart of all the common chords used. There’s printable blank chord box sheet in resource section!

There are common chord patterns for each style. For example, Pop is famous for the: I – V – VIm – IV. Jazz is equally well known for the II – V – I whether that be major or minor.

In the blues, well let’s see, you have the Minor 12 bar, the regular 12 bar, the 8 bar and the bebop blues. County has its own common patterns as well.

While it true that if you’re going to solo over a pop tune in one key, you’ll stick to that key. It’s also true that you could use a range of scales over a simple blues to take it in a whole new direction.

It is worth buying an encyclopaedia of scales and trying to learn some new ones.

Harmony is related to scales and therefore chords. As each musical style has it’s only chord pattern, the harmony also differs. For example, you’d get fired if you tried to use your gospel chops on a country gig. Of course, the reverse is true as well!

As you listen more, you will become good at understanding the complexities of that musical style’s harmony. And so it will be easy for you to replicate it.

Harmony also means knowing what scales to use when creating parts or solos.

Having a strong idea of timing means knowing that you can push and pull the beat around while being in time! Stevie Ray Vaughn is a great example. He was always moving the timing around by small amount, but that’s why it sounds so great.

Another example is Billie Holiday, who would move the notes and lyrics around the bar to convey her feelings. She would often sing tune completely different based on how she was feeling that day. However, this is very common in jazz.

It’s important to understand the timing aspect of the general style as well. For example, reggae is always behind the beat and relaxed. Rock on the other hand is always in front. So you feel like your racing ahead of the beat.

Putting it all together

So the way to learn styles of music is to start by getting the basics together, when you’re confident then focus on the overall feel of the new musical style.

Over time work out what scales underpin the style. Also, spend some time learning to solo in that style. It’s the little details that make you play like a professional and not like an amateur.