How To Win A Talent Competition 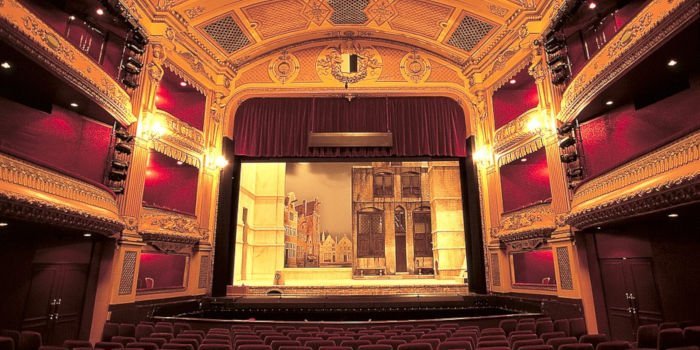 The last four Sundays, I’ve been a talent show judge.

Yes, I don’t understand either why someone would pick a guitarist, let alone me to judge talent!

Be that as it may, I had a lot of fun emulating my hero – Simon Cowell.

“You have the personality of a handle.” – Simon Cowell

The format was exactly like the TV shows, with one small change. We weren’t allowed to give verbal feedback directly after the act had performed. Instead, we took notes and discussed who got a Yes, No and who needed more consideration in a holding room backstage.

The acts were mainly singers. Although there was a dance troupe who were good, a Chinese boy who played the piano like Ling Ling (no really, he’s 14 and exceptional).

Then there was the case of the magician. He was so good he disappeared and couldn’t be traced! Sadly, he didn’t go on to win a talent competition!

I learnt a lot about performance, dance, sound levels, being positive when giving negative feedback. Let’s looks a few of the key points you can learn from.

And maybe if you follow some of my points then you might be able to win a talent competition!

Get feedback when possible

The hardest part, in some ways, was having to wait around at the end to give feedback. You might see on the TV the phenomenon known as stage mothers. Yes, they exist in real life as well.

Luckily for us, other than one small run in (where we were already busy), there was very little drama and no tears.

I was fascinated that most of the acts we put through into the semi-finals, wanted some kind of feedback.

This included our piano wonder child. We couldn’t fault with him, so had nothing constructive to say! As well as pro singers who knew they could sing and didn’t need much feedback.

Not one of the acts we didn’t put through came back for advice or to ask us why. This not only baffles me but drives me a little crazy.

There is always room to improve. I’ve been playing for over 15 years and I still learn something new every time I pick up the guitar.

That said, each contestant had the opportunity to talk with three industry experts, which is quite a rare opportunity. Those who sought our advice will hopefully put the feedback into practice and grow as a performer, even if they don’t go on to win a talent competition.

Friends and parents are the worse people at giving honest feedback. They probably love you too much to be brutally honest. So you need to find experts who want to help you and will be honest.

The art of starting

A constant who inspired was a guy in his late 60s. He was in his 60 before he started singing. Apparently, over the years he’s just kept singing and has developed a great voice in his style.

He spent years performing and singing badly only to keep going and refining his craft. The point is, he started, then he kept going.

If you want to learn to sing, play the guitar or paint. Start today and refine from there. Don’t wait until life slows down or work eases up.

Life will only get slower when you’re dead or close to heaven’s door. Plus by that point, it’s likely that you won’t have the brain power to learn a new skill.

The best advice I can give to any contestant and to you is: Get out there and try. Sure, it’s scary but you’ll find that you will improve greatly by pushing yourself.

Local jams and community choirs are a great training ground. They’ll help you learn your craft and smooth some of your rough edges. Plus they’re a superb way to get over your fear of performing.

Also, you’ll get more opportunities by meeting like-minded people. If you know you’re gifted, you have to share it with the world!

If you haven’t been to a local jam session before then read my guide to Jams.

Are you ready to perform?

The other slight change to the regular format is that each act has two songs. While seemly a small change, this created a huge amount of problems.

Use this short break to tell the story of the song you’ve just sung or maybe the next one. If you don’t have a story or something interesting to say, then ask the crowd how they’re doing today or if they’re having a good time. If you’re playing guitar, tune it during this short break!

If you’re a support artist, use this time to thank the main act. Tell the crowd why you like the main act. Also, don’t forget to mention your CD and merch!

The one rule of chatting – keep it short, fairly funny (but don’t try to be a comic) and if possible, lose the nervous laughter. I know that’s hard, but please try!

Another big issue was song choice. We watched over 40 performers. However, only 6 had chosen two songs which suited their voice or act. The rest chose one good song and one which didn’t help them win a slot in the semi-finals.

The person who sticks out was a lady who sang “Somebody Else’s Guy” – a funky dance track from the 80s. The seven and a half minutes long arrangement was enormous. We lost interest fast.

In addition to a massive arrangement, she also picked the wrong key for her range. This didn’t help either. She killed it and not in a good way!

However, her second song was by Duffy. In two bars, she transformed into a completely different singer! She sang the 3-minute tune beautifully and left us wanting more! Luckily for her, that song saved her. She got through based on that song alone.

Another common problem was stage presence or lack of it. Hiding behind a mic stand isn’t really performing. Nor is sudden and awkward movements!

Like with chatting in between, think about how to use the stage to add depth to your performance. I know that’s a lot to think about. However, it all transfers to the crowd.

If you look happy and like your enjoying yourself, the crowd will pick up on it and they’ll feel like they have been entertained!

Don’t enter a local talent competition judged by me!

Well, this goes without saying really! But really, follow my tips and you just might win a talent competition! Even if you don’t plan to enter a competition, using any of these tips will make your performance that extra special!